Nearly all of our vintage photographs are from the Middle East, especially from the Holy Land.

But in honor of the Jewish festival of Purim, joyously commemorated this week by Jews around the world, we bring our readers a print we found in the Library of Congress archives.

The Purim holiday commemorates the victory of Queen Esther and Mordechai over the evil Haman of Persia, saving the lives of the Jewish people. 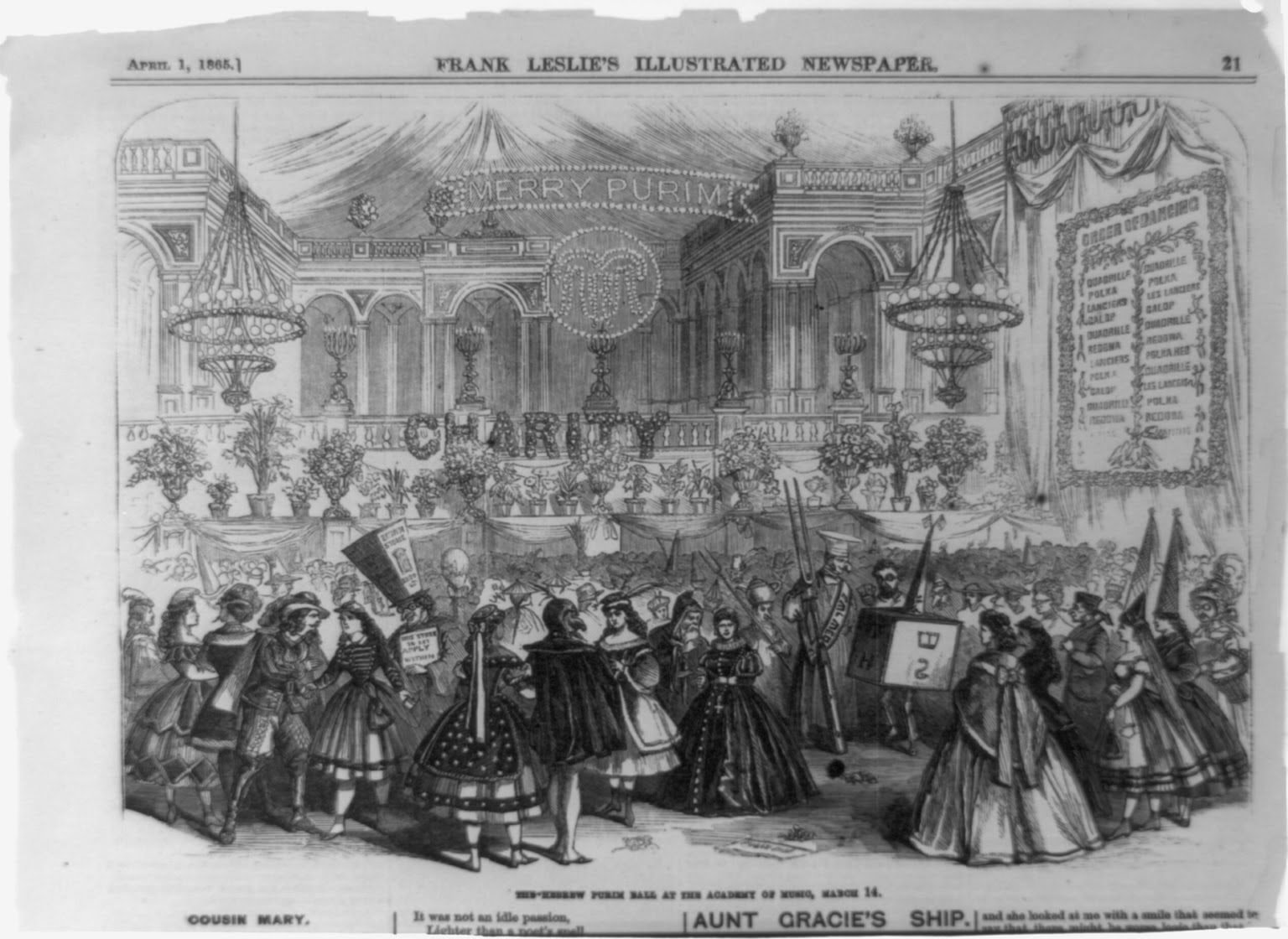 The picture appeared in an American newspaper on April 1, 1865.  The wood engraving is captioned, "The Hebrew Purim Ball at the Academy of Music, March 14."  The picture contains a large sign, "Merry Purim," another sign listing the "Order of Dancing," and merrymakers wearing costumes and masks.

The picture was published in Frank Leslie's illustrated newspaper, printed in New York, NY. The Academy of Music was built in 1854 and was located in Manhattan at Irving Place and East 14th Street.﻿﻿


﻿
We found another engraving from Frank Leslie's newspaper, also of the Academy of Music, in the Library of Congress archives. It is dated 1880 and captioned "New York City--the Chanucka celebration by the Young Men's Hebrew Association, at the Academy of Music, December 16th--scene of the sixth tableau, 'the dedication of the temple.'"