Time to Get Ready for Passover.
The Matza Factories Are Hard at Work

With Passover just a few weeks away, Jewish households around the world are purchasing or making their matzot (unleavened bread) for the festival.

One of Judaism's oldest customs, the baking of matza goes back to the Jewish exodus from Egypt.  Ever since, Jews often went to great trouble to bake their cracker-like bread. Jewish communities in Europe and the Arab world faced "blood libels" for making their matza. Ancient synagogues in France built matza bakeries under their synagogues. Jews in Nazi concentration camps risked being shot to bake their Passover "bread." In the former Soviet Union, Jews baked their matza in secret, lest they be discovered and sent to the Gulag.  During major wars, armies made sure to provide matza to their Jewish soldiers.


A future feature:  Matza baking in the "New World" 150 years ago 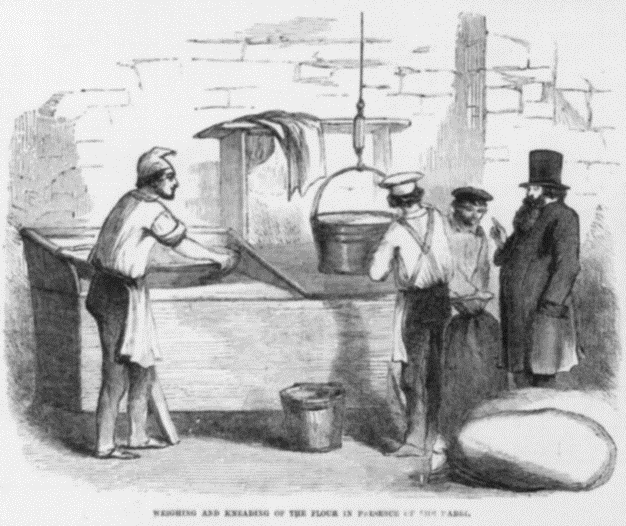