When President Calvin Coolidge Hosted the Chief Rabbi of Palestine in the White House, 1924

Rabbi Abraham Isaac Kook (1865-1935), one of the most influential rabbis of the 20th Century, was a renowned Talmud scholar, Kabbalist and philosopher. He is considered today as the spiritual father of religious Zionism, breaking away from his ultra-Orthodox colleagues who were often opposed to the largely secular Zionist movement.


September 6, 2016 corresponds with his yahrzeit (anniversary of his death) on the Hebrew date of the third of Elul.

Born in what is today Latvia, Rabbi Kook moved to Palestine in 1904 to take the post of the Chief Rabbi of Jaffa.

The picture above has appeared in various Israeli publications in recent years, but few know it was taken in Washington D.C. on the day Rabbi Kook met with President Calvin Coolidge in the White House.  The picture was found in the Library of Congress archives.

What was Kook's mission, what messages were exchanged?


The details on Rabbi Kook's visit to Washington D.C. and the White House will be available in the forthcoming book, American Interests in the Holy Land Revealed in Early Photographs.  Order it now here. 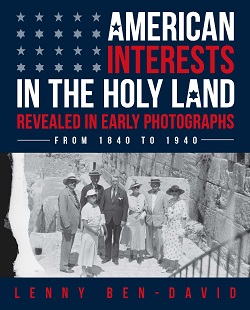